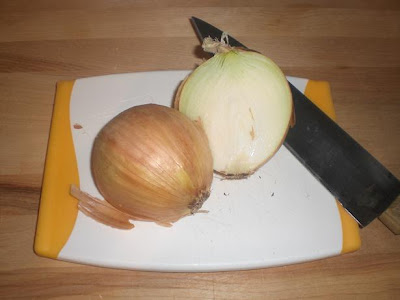 One question I have received is how to properly cut an onion. Although I have taken advantage of this technique, apparently it is not as widely known as I thought. So, here we go.

How to Julienne an Onion

Step 1: Cut the onion in half from top (shoot end) to tail (root end) (see picture at top of post). 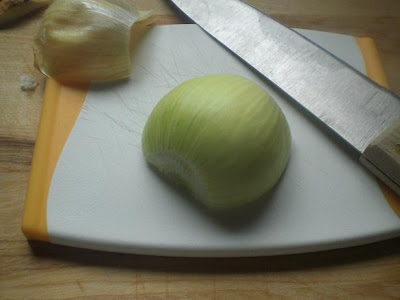 Step 2: Take one half of the onion then top and tail it (i.e. remove the ends). Remove the papery skin. 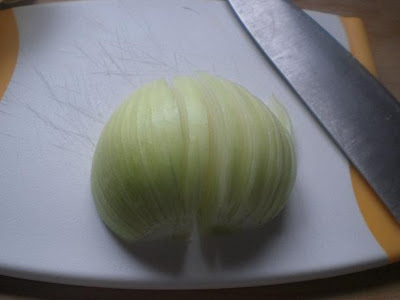 Step 3: Start slicing from right to left (left to right if you’re left-handed) then stop once you reach the highest part of the onion half. This is when I start to cry. 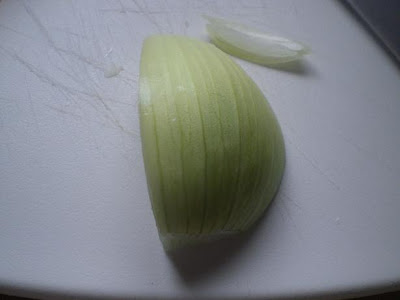 Step 4: Tip the remaining part of the onion so the curved part is to the right (left for lefties). 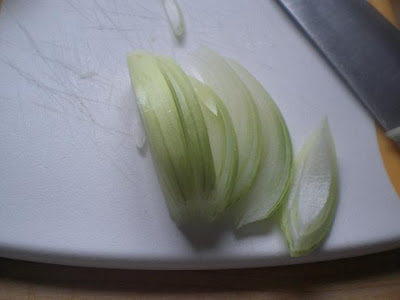 Step 5: Julienne as before. 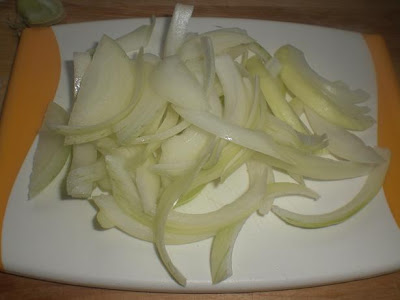 Step 6: Separate the layers and now you have a nicely julienned onion.

How to Dice an Onion 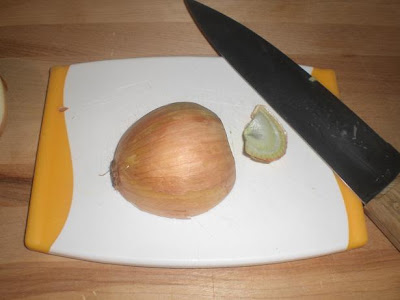 Step 2: Cut only the TOP (shoot end) off of the onion half. Be sure to leave the tail on for easier cutting. 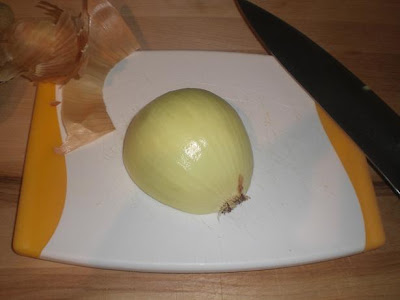 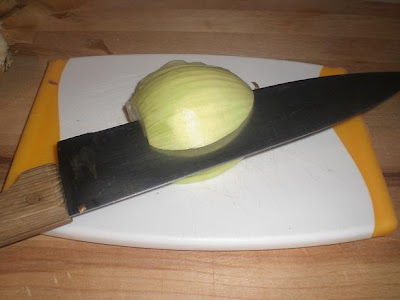 Step 4: Slice the onion horizontally two or three times (depends on the size of the onion). Get as close to the attached tail as possible, but be careful not to cut into it or cut it off. 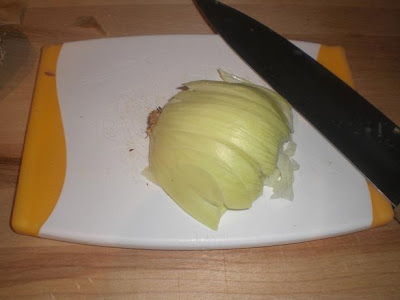 Step 5: Cut the onion vertically toward the attached tail, again getting as close to the tail without cutting into it or cutting it off. 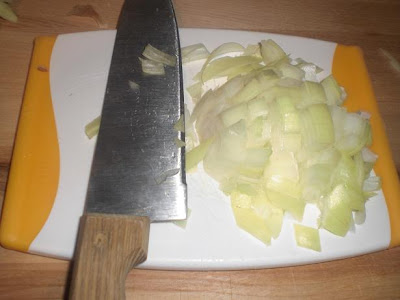 Step 6: Cut vertically in the opposite direction so that you get neat little squares. Your last cut should be to finally cut off the tail and discard it.

How to Chop an Onion

Do the same as the diced onion. Then run the knife through the diced pieces using a rocking motion until the pieces are the desired size.