Obviously, the preferred variants of milk for almost anybody’s diet would be raw cow’s milk or raw goat’s milk. But, if you live in an area where these are unavailable or illegal, you have a dairy intolerance or allergy, or if you simply prefer not to consume cow’s or goat’s milk, then this non-dairy homemade coconut milk is the healthful alternative for you. I even recommend it above almond milk in many applications {especially for children} because it is higher in nutrients and fat content, making it overall a more healthful option. Now, you may be wondering why anybody would want to actually make their own coconut milk. Since coconut milk is such a readily-available non-dairy milk alternative in many supermarkets and discount stores, why bother? Well, here are a handful of simple but quite valid reasons for making your own coconut milk:

Coconut milk is pretty nutritious stuff when used either internally {eaten} or externally {such as for facial creams, shampoo, soap, and so on}. It contains a variety of nutrients including:

Before  diving into the recipe {which will be located towards the very bottom of this post}, here is a list of the necessary equipment for making your own coconut milk.

TWO! There are only TWO ingredients in making basic coconut milk.

You can definitely use or drink the coconut milk as-is and plain. But if you want to jazz up the flavor a bit, here are some add-in ideas. Uses for the Pulp

After making coconut milk, you’ll have some pulp leftover. Now you could just throw this away {or at least compost it}, but that’d be a sad waste! So here are a few ideas for putting that pulp to use instead.

Below is the ridiculously easy {and printable} recipe and method for making your own homemade coconut milk. Enjoy! 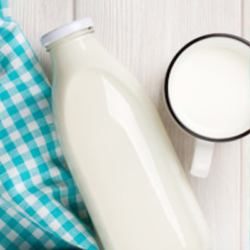 If the coconut milk separates, shake or stir before using.